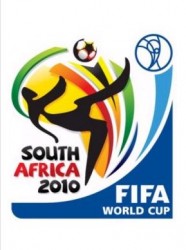 Everybody speaks about it now ! Tonight the inaugural FIFA World Cup Kick-off Celebration Concert that will be staged at Orlando Stadium in Soweto, Johannesburg and feature musical performances by international superstars in collaboration with major African artists, as well as football legends from the past and the present, as well as celebrities from other fields. Billed as the greatest entertainment event to date in Africa

This three-hour celebratory extravaganza, which will bring together the two universal passions of football and music before a capacity stadium audience of 30,000, will be broadcast to millions more worldwide. It is scheduled to begin at 8.00pm local time (GMT+2) on 10 June.

FIFA has selected Emmy Award-winning producer Kevin Wall and his company Control Room to organise and produce the concert. Control Room has masterminded some of the world’s biggest and most complex events, such as Live Earth 2007, which featured 150 artists performing on seven continents over the course of 24 hours to raise awareness of climate change.

“We believe sports and music transcend cultural, language and geographic barriers, and through the official FIFA World Cup Kick–off Celebration Concert, Control Room will present the sights and sounds of unity and celebration for an unforgettable, must-see experience,” said Wall.

All net proceeds from the concert will be donated to “20 Centres for 2010”, the Official Campaign of the 2010 FIFA World Cup South Africa™, which aims to build 20 centres across Africa offering education and healthcare services as well as football training to disadvantaged communities and 1GOAL - a campaign to call on our world leaders to make education for every child the lasting legacy of this World Cup.

“We are thrilled to have a concert of such magnitude and performing talent raise the curtain on the first FIFA World Cup on African soil,” said FIFA Secretary General Jerome Valcke. “It is testament to the universal and unifying power of football and music and will start the competition off on the right note – of celebration.”

The world’s biggest superstars will come together live on VEVO June 10 from Soweto/Johannesburg, South Africa for the FIFA WORLD CUP™ KICK–OFF CELEBRATION CONCERT. Watch once in a lifetime performances from Alicia Keys, Amadou & Mariam, Angélique Kidjo, Black Eyed Peas, BLK JKS, John Legend, Juanes, Shakira, The Parlotones, Tinariwen, Vieux Farka Touré and Vusi Mahlasela, in addition to other international superstars, which will also be exclusively available on demand afterwards only on VEVO.

THE ARTISTS
This first-ever event will showcase the rich cultural diversity and musical heritage of South Africa and the African continent, while engaging a worldwide audience through performances by internationally-recognized artists