BIO.Q.PHYSICS is the application of Quantum Physics frontiers to the Life Sciences 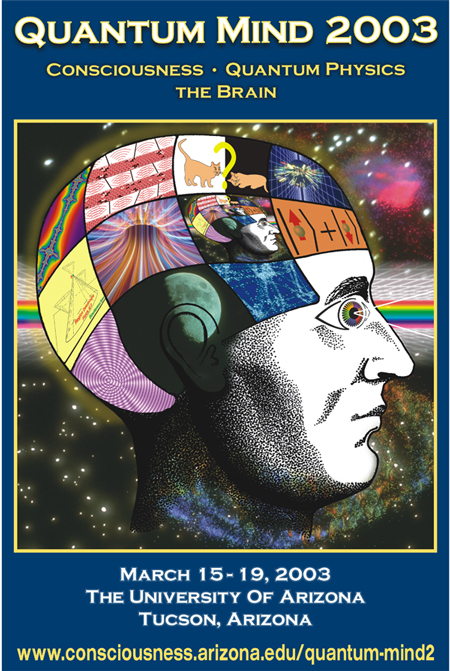 The Nobel Prise in Physics (1933) Erwin Schroedinger (1887-1961) understand that the knowledge of biology requires an creative effort to know how non-equilibrium systems can communicate at distance and enunciated that view in his classic 1944 essay What Is Life? (Cambridge U. Press, 1992). He called for a new theory of physics that is concerned with understanding the Quantum behaviour of the “entanglement” that is instantaneously influencing at distance other systems entangled with it. Quantum Entanglement, a concept coined by Schroedinger in quantum physics, reject the principle of “local realism, which means that information about the state of a system should only be mediated by transportation with a maximum limit of the speed of light. More recently Quantum Entanglement phenomena was confirmed by experiments in the emerging technology of “quantum computing”, to realize simultaneity of information exchange in “quantum teleportation”between entangled systems. When Schroedinger wrote, he did not know the effective possibility to exchange simultaneously information, so that the current hypothesis of the “Bio.Q.Physics” is that the entangled effect forms the basis communication of information signals of life.

Life in fact, is based on signal’s information flow ,therefore the “Bio.Q.Physics” approach change and advance the research about the central question of signal exchange in nature, by means of the activation of entangled quantum pairs of wave/particles. This conception it is of extreme importance, not only for the frontiers of biology, but represent a new interface of research opportunities and challenges also for advanced Q. Physics, getting a first inklings of the rich interplay between living phenomena and the physical fundamental principles based on the “Total Energy Conservation”, in order to provide the jumping-off the old mechanical paradigm of science and improving new predictive trans-disciplinary ideas -.

Looking to interpret this entangled photon pairs effect , EGOCREANET research team, initiate to develop an more complete “entanglement theory” aiming to understand the interactions between sense’s receptors and environment, following the goal to reinterpret through “entangled quantum pairs activities”, the flow of signal transduction between biological systems and quantum particles coming from the external world. (2). In fact during the eye’s-brain vision process, (that is based on the photon chemical reactivity in the retina), the power sensitivity of the signal transmission among “environment, eyes and brain” , can be further increased by the entangled photon pairs action, through the simultaneous interactive exchange of quantum-information. Therefore the spatial and temporal orchestration of physical events that occurs in human vision of the environment can be reinforced through the confinement of entangled photons in the retina, obtaining in this way the additional possibility to utilize of an “not – localized” communication , flowing in and out the eyes, in order to acquire two complemented ways to detect signal information for processing the brain’s construction of vision.

Vision, of course, is more than recording what meets the eye this because the brain utilize its’ ability of intuition and imagination to understand, almost instantaneously, what we perceive in the eyes. Seeing is a sort of sensory interactive reasoning by means of a dynamic confrontation of two different aspect of perception that are becoming possible through the two ways of information connections to the brain’s neurons; one regard the photochemical reactions involving long image integration times and working on a macro time scale of the order of fractions of a second; the other it is seen by coupled quantum information phenomena, based on entangled photon pairs, that ultimately permits an eyes-environment simultaneous non-local interaction that is an important factor for a more complete research in order to refine in real time the brain’s construction of vision.

Certainly the above approach needs to much further conceptual examination , this because the problem pf understanding what means optics of seeing and neuro-biological sensibility of the phenomena of perception of forms, it is today open to a inter-disciplinary debate where the “BioQuantum Physics” field of investigation is becoming important to blend Q.PHYSICS with the LIFE SCIENCES. It is obvious that vision actually interacts with the reality of quantum physics of photons and so that the “photon’s entanglement” must be involved in any crucial connexion of neurobiology of vision science today. In fact “Entangled Photon Pairs” are producing a non localized activity at distance that can give a scientific explanation to a better understanding the phenomena of Empathy and perhaps also for Telepathy and other not- local remote mental interactions, by means off a subliminal expanded brain perception based on the emission, through Eye’s, of “super dense quantum-waves” at distance in similar way of the instantly teleportation of pure information energy.

This extension it is overarching the traditional tacit assumption of the “local reality” conceptual model of traditional science particularly talk in the literature of vision, where the eye was perceived to be the analogue of a “camera” involving an analogy with technology of photographic film or television construction of images. Now to taking into account the problematic of quantum information processing and to cover some interesting topics of at distance sensory perception, like emotional feeling attitudes of not local communication in Empathy, we tray to avoid to believe in not-scientific or supernatural extra sensory properties explanation. Therefore for this goal it is important to remember a short historical reflection to the way of understanding visual perception.

Brief insight Dualistic theory of seeing the forms in the Ancient Science. Before the very important studies of lighting rays optics, firstly experimentally made through a “dark -camera” by Ibn al Haytham ( Alhasen about the 1000 AC) that after was revised by Isaac Newton (1643-1727) , the problem of seeing the forms was a subject of a great debate among all antique Greek scientists and philosophers about two theories . The one is known as Empedocles theory (490-430 BC of Agrigentum –Sicily) based on a passive metaphor of vision driven by on the “eidolon”, that means “little –idea” (from Eidos =ideas), that means something that is seen through the effluences of the matter.

The Eidolon is a spectral image without substance of the objects coming as shadows or a phantoms or semblances of pure morph, that the eyes perceive from the environment. The eyes are merely receptors of Eidola (plural) whose impact would register as sight. The other theory of Pythagoras of Samos (569 - 475 BC), is based on an active projection of an esoteric soul or fire beams extromissions, through the eyes. Those radically antagonist activities of the eyes in the two seeing models , was re-examined by Plato’s phenomenology of vision in the Timaeus book, involving a self-subsistent sensual interactivity between inner projection of soul and the Eidola coming from the external world. Finally Aristotles agree but corrects the Platonic approach, thinking that the seeing need to be consistent of his general description of sensations in terms of “eating for living” (i.e. metabolising an invisible look) , in order that the brain can assimilate and transform the external forms into the vital mind adequately to each living species.

Today the concept of “eidolon” is completely replaced from the idea that the light is the medium of the construction of the cerebral vision. Certainly the reductionism of mechanical science also today accept that the Eye-Brain system is a passive receptor of photons and do not admit an active research as proposed through the photon’s entanglement in Bio-Q.Physics. So we can only underline that the common language remains some traces of the ancient Pythagorean idea of the active jumping of the spirit through the eyes: in fact one says that the look express the mirror of the “anima”, or that the eyes sometimes express a charming look able to transfer something similar to hypnosis.

The above synthesis of an ancient historical roots about the meaning of vision, can be useful to avoid cultural conditioning of science to the affirmed models of mechanical interpretation of what means visual perception.

As a matter of facts “Empathy”, is one of the most extraordinary achievement of the human brain, that plays a major role in social and artistic communication. Till to day Empathy is described as an effect of inter-subjective pre-cognition, subliminally processed through a extraordinary perception due to a mind expanded process that till to day it is not well known.

Recent studies of Neurology discover that “Mirrors Neurons” help our perception to dissolve the barrier between self and others helping to get more empathy with other persons and natural environment giving a great impulse to the human evolution .Therefore the modern neurological foundations of Empathy , recently find a relationship between specialised Mirror Neurons (4) could be explained by the entanglement theory founded by “Bio-quantum Physics” in order to comprehend that the “no local communication among living systems”.

This problem it is not only a question regarding the Empathy between human species, but involve a vast frame of signal communication focused on a large scale of evolution, that can be considered able to share instantaneously interactive codification of empathetic or more in general instinctive or affinity abilities, in order to recognizing at distance and with an immediate impact, the information energy flow, as happen in the experimented case of “teleportation of quantum bits” in recent technology of quantum-computers. (5).

Anyhow the coming importance that motives, in the contemporary information society, the possibility to understand better the empathic sharing of the intentions among other people, in a changing perspective of science and society , push the EGOCREANET- OPEN NETWORK for NEW SCIENCE and ART (ONNSA) (www.egocreanet.it), to co-organize with other partners the Meeting on the issue “Blending Science and Art” , aiming to develop an explorative investigation along transdisciplinary and innovative lines of modern of culture and in particular to provide an open space to discuss ideas blending the realms of Q.physics and Art Communication. One of the argument that Egocreanet team aim to debate and to explore at the meeting in Florence (c/o Tribune of Galileo -22/NOV/2007) it will be the relationship between EMPATHY and ENTANGLEMENT in a way to open a field of research in emotional communication .In fact Remembering that Empathy, from a Greek world that means physical affection (Pathos = immediate feeling) and Entanglement has a physical meaning of “Simultaneous Communication” through an resonant and coherent action at distance, we believe to be able to advance a dialogue in conceptual criteria for understanding the connection between Quantum-Entanglement and Empathy. This because both phenomena are linked to an violation of what physicists call ‘local realism’.

As a matter of facts emotional Empathy, so important in the artistic communication, and Entanglement so important in quantum computers, both are issues where a deep analysis can help the “ONNSA” to transcend the old Cartesian Barriers that today close all the possibility to clarify the immediate communication between different subjects or/and objects . Subliminal simultaneity or at distance perception, like empathy and telepathy and other pre-cognition activities ( like intuition , and various modes of subconscious perceptions etc) can be embodied in the issues regarding the “non-locality” of Information Energy, in order to open a new cognitive endeavour in science and art. Therefore feeling attitudes of interpersonal - emotional communication can be encoded in an “no local communication complemented trans- disciplinary research activities ” .

For EGOCREANET international research team, really it is very important to comprehend the development of an “on line” empathetic exchange of a new culture advancement, by means of interpersonal “non locality of communication” aiming to sharing minds in internet, looking in the next future to utilise innovative modes of quantum communication technology.

Finally I hope that would be possible to aggregate an Open Interdisciplinary Network between Artists and Scientists and other interested people, for improving together an innovative and creative research program , combining Quantum-Physics and Neurology and Artists all interested to reflect and to express and to develop new models about the relationships between Empathy and Entanglement in Art and Sciences.

(2) The Science of Quality Series : http://www.edscuola.it/LRE.htlm;http://www.wbabin.net