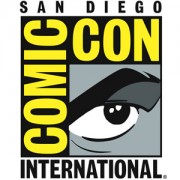 Mike: This was submitted by a bunch of people, no specific name. Why was Sloan’s true name omitted from the books?

Christopher: Because, and I thought about that very carefully, I am not going to give any true names verbatim in the series. And that is because Ursula K. Le Guin used true names in her Wizards of Earthsea series. She wasn’t the first; she’s not the last, it’s a very old concept but in her books she actually gave the true names of her characters. But in my book the problem is when I read them, it felt as if they lost their power being put on a page. Because, when I saw them, they were just names, they were just words. They didn’t feel like they had power, to me. So I tried to omit them, also because I believe the true names of my world actually involve more then just a simple word; it could be a phrase or a paragraph could be your true name. It could be a book. I mean it could be a very involved thing and it would be a rather clunky and obtrusive within the pros to be using something like that all the time.

M: So does that mean we’ll never see a true name in the books?

C: No no, I’m not planning on putting any true names in explicitly although they may be referred to. But I’ll never actually right it out.

M: They have been, I think, before.

M: This is an interesting one—

C: Besides, also, I don’t want any of the fans to be able to control my characters so, you know…[laughter]

M: Valbrandr94, I think, asked: In Eldest, on page 216, Arya tells Lifaen and Narí: Go to Sílthrim and inform Captain Damítha, ‘that which she once hoped for—and feared—has occurred; the wyrm has bitten its own tail.’ What did she mean?

C: Arya was basically sending a slightly coded message to her friend saying that Saphira’s egg had hatched. And that was the reference to what she had feared because Arya’s friend had feared that the egg hatching would upset the balance of power and the world would begin to change again. Elves aren’t really big on change, you know?

M: They live so long…

C: Yeah, they have many positive attributes but enthusiasm for new experiences isn’t always one of them.

M: Now this is a question I had while writing The Inheritance Almanac but it came from a lot of people. Solembum has had multiple eye colors throughout the three books including: black, gold, and red. Is it possible this was an error or do werecats have the ability to change the color of their eyes.

C: The red one is, of course, when his eyes were reflecting light. Like the way animals do, which can make them appear reddish or irridescent. The other thing is that he’s a shape-shifter and you’re asking whether or not his eye color can change. He can change his whole body shape. Solembum’s eyes are a source of infinite mystery and we’re not going to get into why the author chose to change his colors.