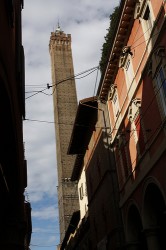 The Department of Classics (http://www.classics.unibo.it) of Bologna University is pleased to announce that it is still possible to enrol to the second Summer School in Latin Language and Classical Culture.

The teaching will be focused both on language and on literature; further classes will touch on moments of Roman history and history of art, supplemented by visits to museums and archaeological sites (in Bologna and Rome).

The course will be held in Bologna from 29th June to 17th July 2009 for a total of 60 hours. On the basis of their previous knowledge of Latin, the participants will be divided into classes of different levels (beginners and intermediate). Students must be aged 18 or over.

All tuition will be in English.

For further information and to enrol, please visit: