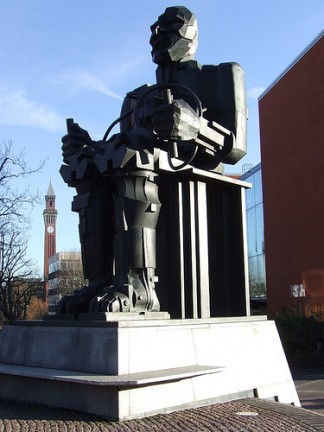 Classics at Edinburgh, in conjunction with the Leventis Foundation announces the 6th Leventis conference on

History without Historians: Greeks and their past in the Archaic and Classical age

The conference has been organised by Prof. John Marincola, Professor of Classics at The Florida State University and the 6th Leventis Visiting Professor at Edinburgh University.

For further details including a provisional programme see:

This is a final reminder about the international conference to be held
on the reception of Ovid as an exile figure at St. John’s College,
Durham University, 3rd-4th September 2009 under the auspices of the
Centre for the Study of the Classical Tradition

Those who would like to attend the conference are reminded that booking
forms and payment need to be sent to arrive no later than TUESDAY 25TH
AUGUST to Jennifer Ingleheart, 38 North Bailey, Durham, DH1 3EU, and
that bookings cannot be taken after this date.

3. CFP: Belief and its Alternatives in Greek and Roman Religion
2009 August 13

BELIEF AND ITS ALTERNATIVES IN GREEK AND ROMAN RELIGION

The religions of Greece and Rome have long been regarded as religions of ritual,
religions in which what was done mattered far more than what was thought.
Responses to the supposedly practice-centred nature of Greek and Roman religion
have ranged from the dismissive, which see the ritualism of ancient religions as
a symptom of their spiritual emptiness, to the highly creative, such as the
structuralist approaches of the Paris School and sociological approaches which
probe the relationship between ritual and society. Common to these latter
approaches is the idea that, even if Greek and Roman religion was dominated by
ritual, the rituals depended for their meaning on a complex network of ideas
and assumptions. Recent studies have returned to the question of how best to
reflect that cognitive side of ancient religion, and in particular to the
utility of the term ‘belief’ in modelling ancient religions.

The aim of this conference is to bring together researchers in Greek and Roman
religion and Religious Studies to discuss questions of approach to ancient
religions, focusing on the applicability of modern categories – such as
‘belief’ – to the ancient Mediterranean world. Recent publications by, among
others, Tom Harrison and Simon Price suggest that this remains an area of
interest and one in which significant work remains to be done. It is hoped that
the combination of speakers from Greek, Roman and Religious Studies will
generate some interesting and useful inter-disciplinary interactions. Confirmed
speakers so far are Robert Parker (Oxford), Tom Harrison (Liverpool), John
Cottingham (Reading), Peter Harrison (Oxford) and John Scheid (Collège de
France).

Suggestions of papers of up to 30 minutes in length on any aspect of the topic
are invited. Please send a proposed title and an abstract of up to 300 words to
Ralph Anderson (rta1 At st-andrews.ac.uk) by Friday 6th November.