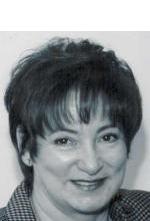 What is the cooking soul of Portugal?

The soul of Portuguese cooking, for me, is the passion of cooking and sharing wonderful traditional foods and wine with family and friends. I cannot state just one dish. Many traditional sustaining hearty soups like Sopa de Couve (kale and bean soup) to the lighter Caldo Verde (green broth soup) can make a meal by themselves if we desired. Dishes of grilled fresh sardines, accompanied with potatoes, a pepper salad, Portuguese paposeco rolls and vinho verde (green wine) that are great during the summer, as well as Clams Cataplana (clams steamed with herbs and wine in a cataplana pan, Caldeirada (fisherman’s stew). Wine and garlic marinated meats, grilled, or slowly braised, accompanied with wonderful bread to mop up the juices is very satisfying to one’s soul too.

Which are the differences among Portuguese cooking and the other Mediterranean ones?

The differences among Portuguese cooking is not all that different in the sense of Mediterranean cuisines. It has fish stews, braised meats, legumes dishes that are I have found a close cousin of a dish in the other countries and sweet egg desserts. Influenced by Romans, Greeks, Turks, Arabs and others who surround the Mediterranean, there are recipes left behind like chickpea salad, pork loin braised in milk, the art of frying, and so on. The rest comes from what the Portuguese created into their own style. Traditional Portuguese cooking uses more paprika, garlic, wine and garlic marinades, lots of onions and some tomato, of course olive oil. We have conserves of chili peppers and sweet red peppers to flavor our stews. Spain has been linked to Portuguese cooking but the Portuguese have a cuisine all their own. We use to name a few herbs, parsley, fresh cilantro, some marjoram, laurel and mint. Cinnamon for desserts. We don’t cook our rice separately and drain it before making it into rice pudding, we don’t use sweet peppers in our refogado - the Spanish call “sofrito”, Italians “battuto” and so on.

If you liked this article and you want to be constantly updated,
please send a simple e-mail to letteraturagastronomica@supereva.it
and you will receive my free newsletter of GASTRONOMIC LITERATURE